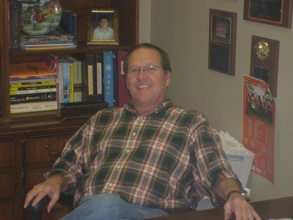 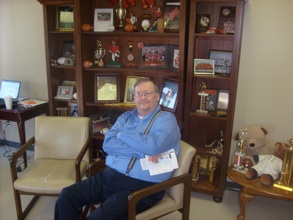 In the fall of 1994, longtime KOKR radio sports director, Bud Black, proposed the idea of filming the Newport Greyhound games and replaying them on the local cable TV. Black sold the idea to cable manager Paul Eddington, and the seed was planted for what was to become Cable 15 TV. But, not so fast my friends! In 1994 there was no Cable 15 TV, so Eddington arranged for the games to be aired Saturday mornings on the Weather Channel station. The move was so successful that Eddington offered to start a full time local channel if Black and his operationa would service and maintain the content on the channel. It would be number 15 on the cable lineup. In July of 1995 the Jay-Bud-Dee Company aired its first live local television event, The Breakfast Bunch. It was an early morning weekly news/interview program with local guests and events. The show ran for many years on 15.

David Black, brother of founder Bud Black, became a partner in the operation in 1995. The Black brothers began televising special events, more ballgames, and community news and updates. In addition, they kept busy by also publishing and distributing the Riverboat Trader, a free local shopper. At its zenith, the Trader published an average of 44 pages and was distributed to over 6,000 households in Jackson County. The publication was discontinued December 31, 1999 to allow the company more time to concentrate on Cable 15 TV.

David and Bud believe their best TV work occurred during the coverage of the March 1, 1997 tornadoes. According to Bud, "We just grabbed the camera and microphone and started filming the devastation. There was no script, no editing, just raw on the scene pictures and sounds of the tornado aftermath. It turned out to be our most intense and emotional work ever.

Today Cable 15 continues to air business programs, special events coverage, and high school sports. You're looking at our latest addition, cable15tv.com. We're rookies when it comes to this internet craze, but we'll learn and improve. We do have some big ideas to explore. We're proud to have served the community for over 20 years. Many things have changed in those 20 years. Bud Black had a foot amputated in 2006 due to diabetes. Bud has seen his role in the day to day operations diminish as he battles the disease. While he has turned daily operations over to David, Bud still consults and helps on a limited basis. And, the future has arrived with the addition of Ben Black as the newest member of the team. Ben, a student at ASU-Newport, will work in all aspects of the business while continuing his college work.

Bud, David, and original co-founder Jayne Black appreciate all the support of our viewers and clients for the past 20 years. Thank you for helping us to bring you something different. We look forward to more Cable 15 TV broadcasts and are excited about the possibilities this web site offers. Get ready for new events and new ideas. To all who have worked with us -- Shawn, Tom, Paul, Bob, Susan, Hammer, Tracy, Warrior, Steve, Justin, Randy, Coach, Pat, Gigi, Jenskar, Jase, Ken Jr., Mae, Gaylon, Joseph, and Berlee -- we appreciate your service.

Very special thanks to two angels, Paul Eddington and Nanny Black, two of the most giving souls ever on the planet. We couldn't have done it without either one. We wouldn't have wanted to. God bless.